ARCHITECTURE ON A GALACTIC SCALE

The House of Astronomy (HdA) on Königstuhl aims to share the excitement of astronomy and astrophysics with schoolchildren, foster the exchange of knowledge among scientists and communicate the results of astronomical research to the media and public in a manner that is approachable and easy to understand. The House of Astronomy (HdA), which was built next to the Max Planck Institute for Astronomy on the Königstuhl in Heidelberg, was the result of an extraordinary public–private partnership.

The architects based the spectacular design of this building on the core and arms of a spiral galaxy. The floors and the façade of the building, which at first glance displays point symmetry, spiral around the centre. The shape of a galaxy therefore appears not as a two-dimensional representation, but as a three-dimensional formation of multiple orbits. In the interior, a lecture theatre – which doubles up as a planetarium – forms the centre of the galaxy. This core is surrounded by a foyer, from which the lecture theatre as well as the seminar and office rooms can be accessed. The two spiral arms accommodate various rooms including specially equipped training and teaching centres as well as offices. 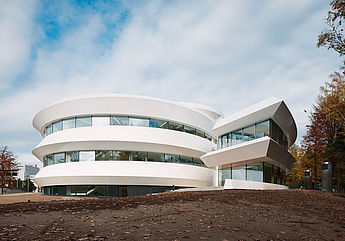 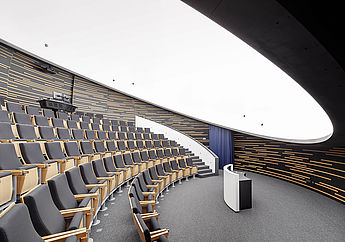 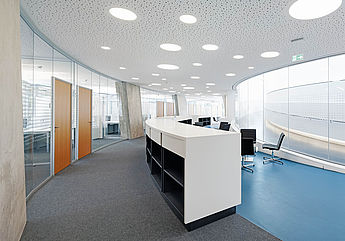