BUILDING FOR A BUSY URBAN SPACE

The “Zentrum am Zoo” ensemble, which was completed in 1957 by architects Paul Schwebes and Hans Schoszberger and lies opposite the Kaiser Wilhelm Memorial Church (Gedächtniskirche), is a landmark in the urban landscape of Berlin’s City West.

The heritage-listed complex includes the Bikinihaus, which lies opposite the Gedächtniskirche, the large high-rise on Hardenbergplatz, the Zoo Palast cinema, the small high-rise containing the 25hours Hotel and a multi-storey car park. The BIKINI BERLIN concept encompasses shopping, workspaces, a cinema, areas for relaxation and retreat, and a hotel. The building ensemble that makes up the historic Zoobogen was acquired in 2002 by Bayerische Hausbau.

The sensitive revitalisation of the complex lasted from the end of 2010 to the end of 2013. The name BIKINI BERLIN is derived from the original name “Bikinihaus”. The second upper floor used to contain an open-sided storey framed by columns, which reminded the people of Berlin of a bare midriff – hence the name “bikini”. During the revitalisation project, this open-sided storey was completely glazed and now accommodates retail areas. 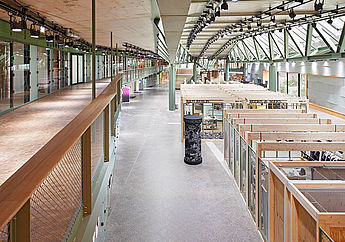 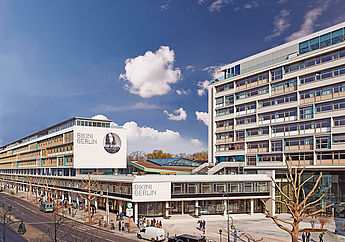