Before moving into this distinctive new building close to Munich East station, the employees of the city’s Building Division were scattered across 22 sites in the city. The new Technical City Hall comprises

a square, seven- to eight-storey block perimeter development whose sides are around 130 m in length. At the corner of Friedenstrasse and Berg-am-Laim-Strasse is a roughly 65 m high tower exuding an urban design flair. The office wings are divided into three sections: the outward-facing sections are used as offices, while the core zones accommodate kitchenettes, sanitary facilities and technical rooms. The pioneering overall concept of this new building, which offers space for 1,800 employees of the city authorities, is rounded off by the perfectly integrated canteen and children’s nursery.

From the moment visitors step foot in the imposing, 25-metre high entrance hall, which provides access to the adjoining conference area, they gain a sense of clarity and transparency. A special feature of this building’s interior is the office partitioning concept. The planners were required to install corridor partition walls that were elegant, translucent and fire-resistant.

Since the height of the standard storeys was just 2.70 m, the planners decided not to use suspended ceilings and instead focused on ensuring a visually consistent ceiling surface visible from the corridor. The result is a solution that is tailored to the project requirements and in which the corridor partitioning with glass transoms installed throughout and flush with the ceiling, a sound-absorbing corridor ceiling and the cavity flooring form a single planning unit. 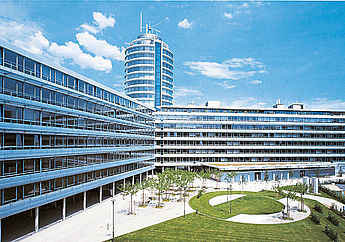 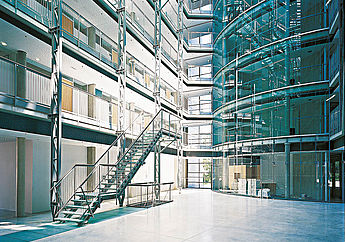 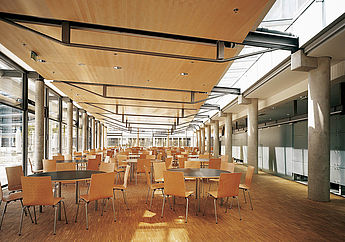 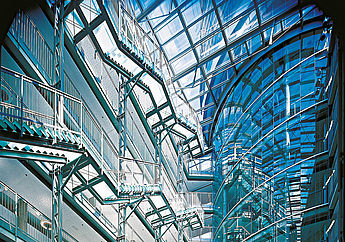 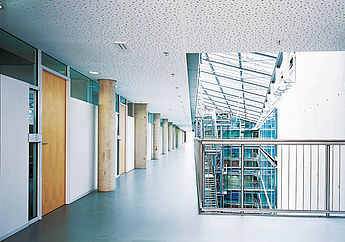 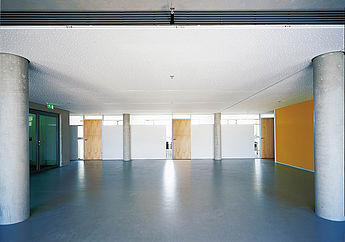